Welcome to the Robbins Lab!

The Robbins lab is a part of the University of Minnesota's Institute on the Biology of Aging and Metabolism, which is one of the four Medical Discovery Teams generously funded by the state of Minnesota. As the population of the state ages, our work takes on a more prominent role.

It has been said that aging itself is the greatest risk factor for most age-related chronic diseases that manifest as we grow older. This idea led to the “Geroscience Hypothesis”, which asserts that manipulation of aging will delay (in parallel) the appearance or severity of many chronic diseases because these diseases share the same underlying major risk factor (age). By one estimate, a 2% delay in the progression of aging processes would lead to an increase of 10 million healthy, as opposed to disabled, elderly people in the US by 2060 compared to doing nothing, delaying cancer, or delaying heart disease, with a savings in US health costs of $7.1 trillion over 50 years. These statistics have led the Robbins laboratory to focus on what drives aging, and to investigate ways to intervene to slow the process in a targeted and effective manner to increase healthspan and lifespan.

What if there is a way to live healthier for longer?

Aging dramatically increases the risk of heart disease, cancer, and Alzheimer’s disease, as well as other debilitating health problems. And 90% of people over 65 have one chronic disease and 75% have two or more.

Development of senotherapeutics: Cellular Senescence refers to cells that lose the ability to proliferate, yet are resistant to death. With respect to aging, this refers to the decline in function of an organism over time. Senescent cells increase as we age, and they share many characteristics between cell types. Most cell types are capable of secreting cytokines, chemokines, and proteases that negatively affect neighboring cells, and of exhibiting a Senescence Associated Secretory Phenotype, or SASP. The release of SASP factors alter otherwise healthy neighboring cells so that they become irreversibly senescent as well, creating a chronic pro-inflammatory environment and an accumulation of dysfunctional cells. Our lab seeks to identify Senolytics to specifically target and destroy these dysfunctional senescent cells, as well as Senomorphics to suppress the effects of the SASP factors they release. In doing so, we could use therapeutics shown to work in cell lines and mouse models to extend healthspan, and potentially lifespan, of our aging human population.   Read more

Stem cells and extracellular vesicles: It is hypothesized that the loss of functional stem cells leads to aging and its associated degenerative diseases, but the mechanisms behind this remain unclear. Our lab studies the pathways that cause stem cell dysfunction as we age, as well as the idea that transplantation of young stem cells into old mice can increase the healthspan of the old mice. It is also true that transplanting stem cells from aged mice negatively impact the healthspan of the young mice. We have identified extracellular vesicles (EV's) in stem cells from the young mice that suppress the SASP factors and reduce senescence in old mice and we continue testing the use of these EV's for possible clinical trials in humans.   Read more

IKK/NF-kB signaling: DNA damage and a reduced ability for DNA repair occur throughout life. These processes combine to form one of the pillars of aging. The response to this damage, or DNA damage response (DDR), is critical for causing the Senescent-Associated Secretory Phenotype (SASP) and keeps senescent cells from proliferating. A specific transcription factor has been linked to age-related diseases and aging itself, and is shown to promote the expression of SASP.  It is not yet understood if the accumulation of DNA damage causes SASP through activation of this suspected transcription factor. Our lab uses a genetically engineered mouse model with an accelerated aging phenotype to explore the link between aging and the activation of this known transcription factor.   Read more

Identifying longevity-associated rare variants in centenarians to guide drug development: Centenarians (people living to 100 years or more) possess unique genetic variants that seems to protect them from the degenerative diseases that befall so many older individuals and allow them to age well. If it were possible to identify which of these variants is most important among certain gene families in these centenarians, then it might be possible to mimic their biological effects on aging. Our lab is exploring compounds that mimic the effects of two such amino acids that improve DNA repair activity, which is a process that is a key factor in healthy aging.   Read more

Immune aging: The immune system is critically important for fighting off infection and disease, especially in the context of the novel SARS-CoV-2 virus. This multi-faceted system becomes less effective as we age, and our lab (in collaboration with Dr. Laura Niedernhofer's lab) is researching ways to increase its effectiveness over time. This would not only aid the elderly in fighting off viruses like the seasonal flu and SARS-CoV-2, but it would also greatly increase the effectiveness of vaccinations for these and many other diseases in this expanding population.   Read more 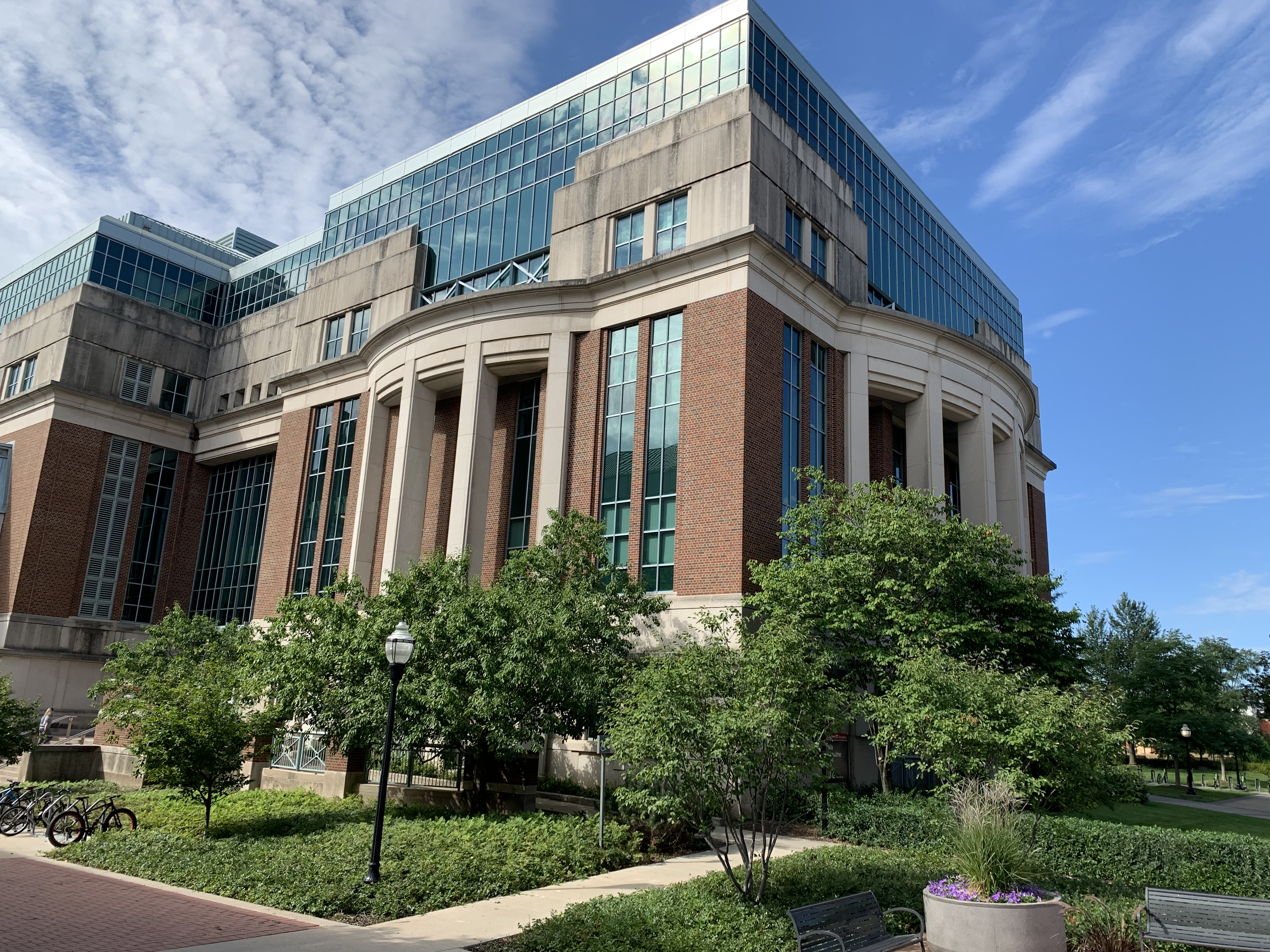 Our lab is housed in Nils Hasselmo Hall on the Twin Cities campus.

Scientific discovery is best accomplished using multiple methods and perspectives. Our lab seeks to increase our potential by creating an equal and diverse research environment and encouraging diversity, equity, and inclusion among all of our members.